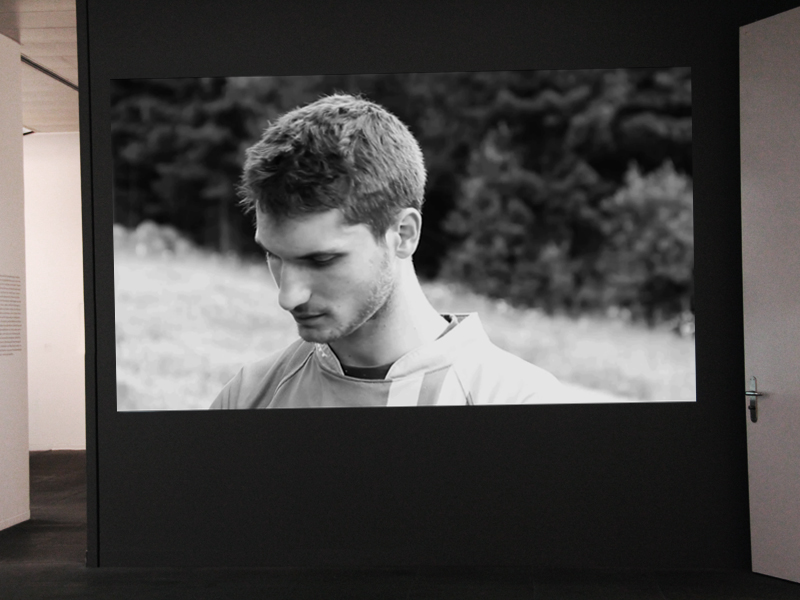 "In the video film down, although the focus is documentary, the film also sensitizes people to realms that usually remain concealed to the naked eye. The video deals with a young man becoming an adult and his struggle for recognition while he gains the respect of his contemporaries and of adults in a dangerous, high-risk sport.
The downhill cyclist is filmed at competitions or while training over the course of several months. In this fast-paced and daredevil cycling sport, the cyclists plunge head over heels down the mountain on their mountain bikes. Nonetheless, the sport lives from the speed and the danger, which makes it the ideal testing ground for courage and the facing of challenges.
The camera is focused primarily on the face of the eighteen-year-old man and, in the film, plays back his reactions at a reduced speed. As a result of intensive observation, the fine changes in his facial expressions and body language are revealed.
Despite the helmet and the protective clothing, what becomes visible is a constant interplay of courage, strength, pride, arrogance, fear, hesitation, and retreat."
Kathleen Bühler